If you don’t quite understand why a woman does not leave an abusive or violent relationship, you are not alone. This is a complex situation. For women in abusive relationships, leaving is not just a matter of walking out the door. This belief implies choice where often there isn’t one.

The responsibility to stop intimate partner violence is often victim saturated. The focus is often on the woman’s apparent choice to not save herself and her children. Instead, the focus should be on the perpetrator’s choice to continue the abuse.

On average, women experiencing family and domestic violence (FDV) make eight attempts to leave an abusive relationship before they can break free for good. Here’s why.

Victim-blaming is pervasive, and violence is always a choice

The abuser will track the woman’s movements either knowingly or unknowingly. Technology Facilitated Abuse (TFA) and monitoring allow the abuser to have further control over the woman and her independence. TFA includes GPS monitoring, spyware on mobile phones and computers that are invisible and undetectable, and the creation of bots to stalk social media, listening devices and cameras.

These methods of monitoring make leaving an abusive relationship even more dangerous. For the woman to plan her escape, she must be able to execute it without the abuser knowing. If the abuser is all-knowing, this makes it near impossible without compromising safety.

Women who experience abuse and violence are in constant survival mode. Women often exhibit trauma symptoms, and have significant levels of depression and increased anxiety because of the abuse.

The abuser will use the woman’s increasing mental ill-health as a weapon against her. He will threaten to have her admitted to the hospital and taken away from her children. This act of control fuels the narrative that the woman is crazy, which comes in handy when she tries to tell anyone of the abuse.

The abuser may threaten, or act on this threat to have the woman involuntarily admitted to a mental health facility. They may threaten that if the woman were to seek help, no one would believe her. Often the abuser lives a double life where he is friendly, helpful, and courteous to his friends, colleagues and family. However, at home, he is violent.

The abuser makes threats to take the children away or to apply for full custody. Often the abuser tells the woman she is incapable of caring for her children citing mental health issues, no money, no job and no support. All of these factors are carefully orchestrated by the abuser over time and used against her.

The abuser is manipulative and often charming, which further reinforces the belief that the woman will not be believed.

Women are threatened with death should they try to leave the relationship. The abuser may also threaten to harm the children or pets. Research shows the most dangerous time for a woman is when she is planning to leave, and the period shortly after that. If the abuser feels as though the woman is going to leave, he will try and assert more control and his violence will escalate.

Threats to kill are often precursors to the actual event. To save the lives of her children, pets or other family members, the woman stays. If the woman has already left, the abuser feels a loss of dominance and control. He may kill her and the children as his final act to dominate.

The woman may experience forced isolation. Forced through violence or threats of harm to others, the woman distances herself from family and friends to protect them. The abuser cuts off the woman’s support system, leaving little chance for friends or family to help. The woman becomes totally dependent on the abuser.

Often the ability to call someone for help such as the police, helplines, or the hospital is not possible. The abuser confiscates the woman’s phone, or if permitted to have one, the phone is being monitored continuously. If the woman lives rurally, geographic isolation imposes further challenges. Living remotely means access to fewer resources, a decreased ability to gain support and limitations in leaving home quickly.

Women seeking permanent residency from another country, perhaps on a partner visa feel incredibly vulnerable. The abuser tells the woman if she leaves, he has the authorly to cancel the visa and send her back to her country of origin. With at times limited English and limited access to navigating the immigration system, the woman believes her abuser holds this power. They do not.

The abuser sees the woman as “less than”, the foundation of the misogynist view

Many women are not permitted to maintain paid employment. The woman may become reliant on their abuser to pay them an “allowance” for groceries, school needs, and other bills. The woman is forced to ask, sometimes beg, for money. This degrading behaviour furthers the abuser’s power position.

After years of being out of the workforce, the woman loses her confidence and her skills. With an already limited working history, the thought of re-entering the workforce if she were to leave the relationship, is daunting.

However, if she does work, the woman is often not permitted to keep her money, with all earnings to be handed to the abuser. What she has worked for is never her own.

No Safe Place to Go

FDV is a leading contributor to homelessness for women and children. Rarely does the abuser leave the family home, instead women and their children must flee. Often refuges and safe places are busy, and vacancies are not guaranteed.

A lack of crisis accommodation may mean women and children are forced into motels. These motels may be some distance away from supports and services that are familiar to them, such as doctors or schools.

Crisis accommodation options are often short term. These options, if available at all often do not provide any security following the crisis period. Additionally, suppose there is an older teenage boy in the family. In that case, some safe houses may not be able to accommodate, leaving the entire family without support.

Women may not have a rental history. This makes finding a safe home challenging to obtain, particularly with young children and a pet. Pets often provide safety and security to the family, especially children. The pet is a part of the family, and there is an obvious reluctance to give up the pet.

Because the woman has been isolated from family and friends, she has limited available accommodation options which are familiar. If she does have support people in her life, often she does not want to put them at risk of danger by staying in their homes.

Police Are Not A Long-term Solution

Police intervention can increase the risk and actual occurrence of violence. The abuser will wait until the police have left the house to inflict increasing vicious abuse. This is a punishment for calling the police — a lesson to the woman to never try to seek help again.

Women report they are often not believed by police. The abuser may try to convince people he is the victim, usually when she has acted out and in self-defence.

Women report frequent breaches of protection orders aimed at keeping them safe. These breaches are clear signs of susceptibility to further, more dangerous behaviour. Threats of further violence mean protection orders are dropped by the woman, and no charges are laid.

It’s Not Just About Walking Out The Door

Most women experience many if not all of these barriers to leaving. Imagine trying to navigate any one of these barriers with the very real threat of increased violence or death should you choose to want a life of safety.

These are some of the very real reasons why walking out the door is not as easy as it appears.

*References to research refer to FDV in Australia.

Photo by Eric Ward on Unsplash 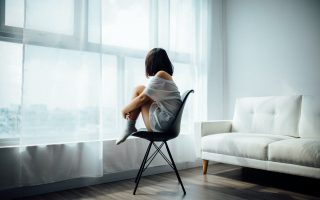 5 Coercive Control Signs And What They Mean 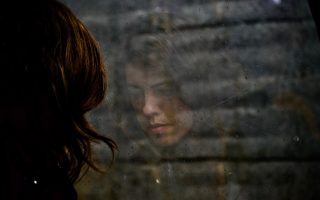 Here’s Why Walking On Eggshells Feels So Dangerous 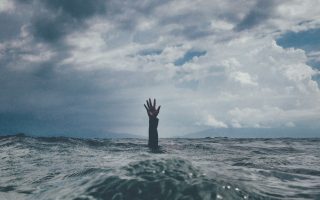