Poverty is complex and multifaceted. While living in poverty is a reality for millions of people worldwide, it should be of concern to all of us from simply being human.

What Is This Day, And How Did It Begin?

On October 17th 1987, over 100,000 people gathered at the Trocadero, Paris, wherein 1948, the Declaration of Human Rights was signed. The gathering was to acknowledge, honour and bring awareness to the millions of people worldwide impacted by violence, hunger and poverty.

The group also highlighted that poverty is a breach of fundamental human rights. Since that day, people have come together to reinforce this message every year.

In 1992, the General Assembly of the United Nations declared October 17th the International Day for the Eradication of Poverty.

How Is Poverty Defined?

Extreme poverty is living below the international poverty line, which is living on less than US$1.90 a day.

Poverty is a severe lack of resources required to meet basic human needs. Poverty deprives people of the most basic forms of the human need for food and water, sanitation, health, shelter and education.  The result contributes to and perpetuates the cycle of poverty through hunger, malnutrition, discrimination, and further restrictions on to access essential services.

As part of the 17 Sustainable Development Goals (SDGs) set in 2015 by the United Nations, SDG-1 aims to end poverty in all its forms everywhere by 2030.

Why Are So Many People Living In Poverty?

Poverty is complex and multifaceted. The causes and contributors include natural disasters, armed conflicts, limited or no access and rights to education and jobs, climate change, access to food and water and government instability or corruption.

Natural disasters exacerbate poverty and are most impactful in developing nations.  More vulnerable countries are further at risk after natural disasters due to disease, the destruction of resources and livelihoods. In states already ravaged by poverty, floods, earthquakes, or cyclones impacts significantly push people further into poverty.

Armed conflicts continue to fuel poverty. In worn-torn countries, resources are being put into the war itself. Resources are poured into supporting those suffering the aftermath of war, including those impacted by mass migration, the loss of safety, security and livelihood. After years of being at war, it is estimated that 70% of the Syrian population lives below the poverty line.

Over the years, it has been demonstrated that countries not at war have reduced extreme poverty. Therefore, to make a sustained and significant impact on poverty, an essential factor in addressing the effects of conflict and its aftermath.

The Work Bank estimates that more than 100 million people will be pushed into poverty due to climate change in the next ten years. Many poorer regions rely on farming and agriculture to earn a living. Most vulnerable countries will be impacted heavily due to changing climates.

Who Is Most Impacted By Poverty?

Currently, around 9% of the world’s population lives in poverty; roughly 1 in 10 people worldwide. The two regions most impacted are Southern Asia and sub-Saharan Africa.

Up to 42 per cent of the population in Sub-Saharan Africa live below the poverty line. By 2030, it is estimated that 9 in 10 people living in extreme poverty will live in sub-Saharan Africa.

Due to COVID, an additional 70 million people worldwide are pushed into extreme poverty resulting in an increase in global poverty for the first time in over 20 years.

As of 2018, it is estimated that Nigeria has the most significant number of people living in extreme poverty at 86 million in a country of 195 million.

Women and children are disproportionately impacted by poverty. Women may not have the right or access or employment, education or wages or are significantly below their male counterparts.

One in five children is impacted by poverty which can have life-long effects on their growth and development.

Are We Meeting Our Goal?

The world is not on track to meet the UN’s Sustainable Development Goal of eradicating worldwide poverty by 2030.

In 2017 global poverty was estimated to be at 8.2%, which is reduced from 15.7% in 2010; however, the progress has slowed. Even before COVID-19, projections suggested that 6 per cent of the world’s population would still be living in extreme poverty in 2030.

One approach to working towards a more significant poverty reduction is looking through a social lens. The social perspective means empowering people at all levels to consult about how to go about meeting their needs and getting out of poverty. Through the participation of people living in poverty, everyone can build a more sustainable future, engage in their communities, and exercise their human rights.

The UN recognises that everyone must come to gather to work towards ending poverty, including citizens, governments, local and international services and organisations.

Acknowledgement needs to occur regarding the challenges women face and how poverty disproportionately impacts them. These challenges include discrimination, violence, and denied education and employment rights.

It is vital not to treat the complexity of poverty and its causes in isolation. For example, to assist farmers in growing and producing food without creating awareness of how to earn an income is not working alongside people holistically. It may be a positive approach to ask people what they need, how they have managed so far, and what they feel can be done to support them.

Photo by Clay Banks on Unsplash 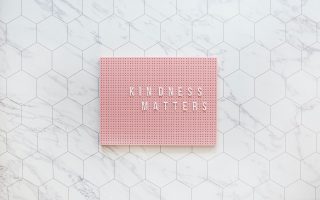 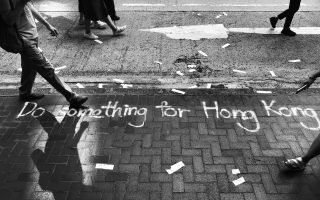 I Witnessed The Violence Of A Hong Kong Protest