The word narcissism is thrown around a lot. This word can summarise a whole set of behaviours we know all too well. But, sometimes, there is nothing fancy or qualified to explain how people are. Sometimes the reality is that there is no other explanation for some people — it’s just plain old shitty behaviour.

Perceived narcissism is around us in spades, and the truth is we lap it up. We seek to understand it; we are entertained by it, loathe it, despise the audacity, and envy its outcome.

Our frustration and curiosity exist in bucket loads. How did the entire Kardashian family rise to millionaire (and billionaire) status? It wasn’t through modesty. It was aided by a rampant, unrelenting behaviour of complete and total self-absorption. But my god, isn’t it train-wreck kind of interesting?

How helpful is labelling when some behaviour is not pathological, it’s just simply bad behaviour?

Narcissism Is A Love-Hate Observer Relationship

Narcissistic behaviour – we love it, and we hate it. And herein lies the problem. Interest and disdain for this trait exist in equal amounts. Those who ooze perceived narcissistic qualities are disgustingly watchable; we hate and love it — but we subscribe endlessly.

What does this say about those of us who actively click, watch, read and, let’s be honest, facilitate this behaviour? The irksome part of this is that these individuals would not be millionaires or billionaires if we didn’t feed into it. They would find other platforms, perhaps even jobs.

Are we suckers? Well, it is we who have paid their salaries and continue to give them space.

With Trump’s presidency officially commencing in January 2017, a lot of our airtime is taken up with his drivel. Before this, decades of his garbage were available at our fingertips to search, read and listen to. These racist, misogynistic, and hateful rants seem incomprehensible.

Despite being dubbed as almost the epitome of narcissism, Trump’s unconscionable behaviour, regardless of the tag or narrative, had absolutely no meaningful bearing on that election result.

Meanwhile, in 2017, an inspiring young woman made headlines once again. A survivor of a Taliban attempted assassination, Malala Yousafzai, became the youngest ever person to be awarded the United Nations Messenger of Peace. One of the many many accomplishments that sit alongside her is being the youngest ever recipient of the Nobel Peace Prize.

But what a year for Trump. There is no accountability, yet a sizable reward for bad behaviour by being made leader of the free world.

Does Narcissism Explain The Train Wrecks?

Sometimes we just need things to be explainable. We need things to make sense, be tangible, and wrap up nicely in a neat bow. But, sometimes, there is just not a fancy label.

Despite this, it makes sense to assign meaning to behaviour. Not having answers causes some of us to sit uncomfortably in a deep and squishy seat of unknown.

The power of Google and a curious mind means that anyone can delve into a psychological rabbit warren of pathology, personality traits, and psychiatric labels if so inclined. Anyone can assume the unqualified role of a diagnosing amateur superstar attributing words to behaviour in an attempt to make sense of all of this. Can’t someone just make it all make sense?

Is Narcissism Making Sense Of The Inexcusable?

Narcissistic Personality Disorder (NPD) is different from narcissistic traits. When people talk about someone’s behaviour, they often speak about narcissistic personality traits. NPD is quite rare; only around 1% of the population is clinically diagnosed.

One of the reasons for a low percentage of NPD diagnoses is that the person suspected of having NPD will not readily admit it. They will not seek help for the condition itself, rendering statistics low and inaccurate.

So why the need to explain away shitty behaviour? I’m as fascinated as the next person by abnormal psychology and the quirks that make up particularly adverse behaviour. But the issue of excusing behaviour with a label is a different story.

Holding people accountable for awful and hateful behaviour does not require behaviour to be pathologised. And the behaviour should not be explained away. People who mistreat others cannot get a free pass because we have falsely (or even rightly) assigned a word to describe them.

Do We Need Labels?

Labels have the power to take away the responsibility of addressing and changing behaviour. Instead, these labels can assign the ‘oh, it’s just the way he is’ dismissal. Outrageously selfish comments, outlandish self-absorbed behaviour and antagonistic clickbait are all aimed at making us feel something. And we do. It really gets our goat. But then what? What accountability exists when behaviour aims solely to hurt others.

We seek to explain the meaning of this behaviour. To seek comfort, find answers, and have a reason for this feeling. The reason to understand behaviour aims to assign meaning, such as these:

An undiagnosed label provides a rationale for behaviour

A label provides an “ooohhh, that’s why he does that” kind of rationale. It’s a possible explanation — not a clinically sound one — but a possible reason. And reasons can make us feel closer to finding answers, so long as we don’t label with the intention of excusing.

The label of narcissism gives an excuse for behaviour

“He is abusive, but it makes sense because he’s so narcissistic. He can’t stop”. This is particularly dangerous when a behaviour that hurts other people is dismissed as unavoidable.

“He’s a narcissist, so he only cares about himself; therefore, feeling used and unimportant makes sense”. This explanation explains one’s feelings in response to experiencing behaviour. This understanding can be very powerful for some.

What then would you do with this information and your feelings? Validation is one thing, but sticking with this behaviour is another story.

A label helps to maintain the relationships we can’t end

“Well, what sort of monster would I be if I didn’t accept it? She can’t help it”. This view minimises the impact of bad behaviour and asserts that simply behaviour is not a choice.

This view takes on the diagnosis, prognosis and management all in one. This rationale argues that being on the receiving end of shitty behaviour is inevitable and accepted.

Assigning mental health conditions or personality traits, usually thrown around outside of a clinical context, is used to make sense of what we think we know to be true.

However, misguided overuse of unqualified mental health conditions or pathology has the potential and motivation to explain away what is simply bad behaviour without holding anyone accountable.

With labels, we risk giving an excuse for behaviour that is not okay. We cannot use any diagnosis to fit our agenda. We cannot use labels to explain away behaviour or to make us feel better about ourselves.

Seeking to understand motivations with the view for that person to change their behaviour is one thing. Excusing or dismissing behaviour that should be held to account is another thing entirely. Just look at Trump.

First published in Be Unique on Jan 31st 2021 https://medium.com/be-unique 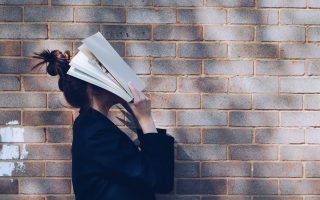 Do You Overthink Everything? Here’s How To Get Out Of The Loop

Reduce Stress With The Power Of Positive Thinking 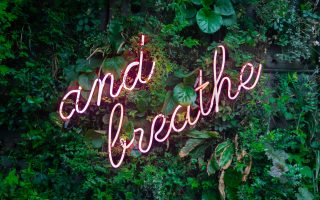